Building A Temple Based on Ancient Agamas 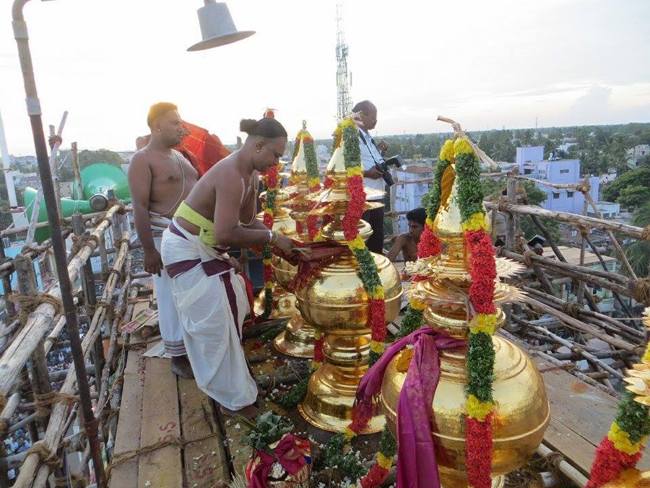 Shiva Peruman, who is beyond all human perception, in his infinite grace, has allowed himself to be perceived by humans ( in a temple setting) through the science of Agamic Temple Protocol, which is given in the Agamas.

To understand the methods of constructing a proper Agama temple according to the Saivagamas tradition, look at huge ancient temples and not small shrines or temples where it is not applicable.

The 8 cardinal directions of an area intended to be a temple are first marked with 8 stones.

Pravesha Bali is conducted in the 8 cardinal directions where the 8 dikpalakas ( Guardians of the Directions ) reside:

What is a temple? => A place where devatas reside in a manner that can be experienced through human perception and the senses of devotees.

Pravesha Bali => Sacrifices conducted before a Devata enters a temple

Before an area is marked for a temple to be built, there are various types of beings already residing there and these beings can be an obstruction for the entry & manifestation of a devata’s energy.

These beings are of a form that by nature, are opposite of a devatas energy and can be malevolent. These include

These beings are very powerful hence as humans we can’t directly oppose them and ask them to leave a temple ground forcibly. We approach their superiors for help..We give them offerings and negotiate with them to leave (by offering an alternative place ) => so that the area is clean and apt for divine entry and experience.

We give Bali, an offering that is desired by these beings, so that the negotiation process is smooth and Astradevar is invited as a witness for the entire procedure.

Astradeva is a witness for lord Shiva that will be present during pravesha Bali so that these beings can’t twist the situation around after taking bali and have to stick to their promise of leaving.

The 8 dikpalakas are then invited to sit in the 8 cardinal directions.

– Specific bali offerings for each direction

– Specific flowers for each direction

– In some places where meat & blood are required,

To replace this, kumkum is mixed in water and poosanika (pumpkin) and offered instead.

There are specific rules & guidelines for each direction as mentioned in the agamas.

Newer Why Is The Chaturthi That Falls On A Tuesday Special?
Back to list
Older The Violation of Ahalya ? – A Ramayana Tale