Once there was a Dharmic King by the name of Somakantha who was beloved by all his subjects. He led a dharmic life and was very prosperous.

Unfortunately in his mid-age, he was beset by leprosy, and was so gruesome to look at that he decided to abdicate his throne to his son and left for the forests.

Though his people loved him so much that they followed him to the forest as did his ministers, he had to force them to return to the capital, leaving only his wife and 2 ministers with him.

One day a son of a Rishi saw, Somakantha, and hearing of his plight, brought him to the hermitage of his father, Bhrgu Rishi.

The King bowed to the eminent Rishi and asked, how he had to face such a hardship when all his life,
he had been prosperous, followed dharma, honored the Devas, been a filial son to his parents, and a just King.

Rishi Bhrgu , via his divya dhristi , saw into the past life of the King and mentioned , how the King led a wretched life..

of murder and robbery and addiction to prostitutes in his previous life, going as far as to committing Brahma Hati ( killing of a Brahmana ) . 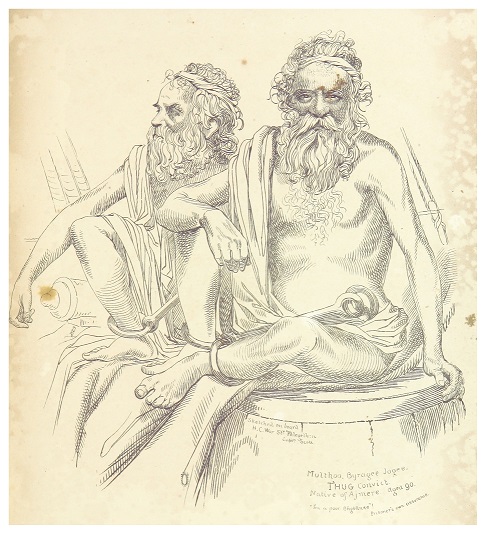 The one good deed he did before death was to renew an old dilapidated Ganesha temple in the forest and the punya of that one deed made him enjoy his life as a prosperous and dharmic king..

but now he had to also face the paapa of his deeds of his previous life.

Somakantha asked a remedy for his plight, and the Great Rishi said, one who listens to the Ganesa Purana will always be saved from their ocean of misery by the compassion of Shri Maha Ganapati.

Saying that the Rishis consecrated water with the 108 names of Ganesa and sprinkled it on the King, and out from the King’s nostril emerged a terrifying figure in black.

Upon enquiring it said it was Paapa Purusha that exists within all men , and told the Rishi that he was hungry and wanted to consume the King for his sins. The Rishi asked the being to hide inside a tree and when it did that, the Rishi turned the tree to ashes, with the Paapa Purusha within it.

As the King took a Sankalpa to listen to the recitation of the Ganesa Purana by the great Rishi, immediately his illnesses left him and became free of his wounds. He returned to his former glorious self.

Bhrgu Rishi said, the evils of 7 years of one’s life will be absolved by merely listening to the recitation of the Ganesa Purana with bhakti, the glories of Ganesa , that even the 1000 headed Aadhi Sesha would not be able to comprehend.

It was the same Purana , Daksha learnt from Rishi Mudgala, after the destruction of his sacrifice.

It was the Purana given by Vyasa Deva for those who do not know the Vedas, nor lack the conduct prescribed by Varnashrama and due to the mixture of the Varnas on the onset of Kaliyuga.

"Nor I neither, I'm sure," cried Miss Branghton, "or else I would not have been in this room to see her: I'm quite ashamed about it;-only not thinking of seeing any body but my aunt-however, Tom, it's all your fault; for, you know very well I wanted to borrow Mr. Smith's room, only you were so grumpy you would not let me."

Newer Who Are The Pitru Devas ? Not What You Think!
Back to list
Older Pareto Principle in Mantra Sadhana